I was watching cartoons this morning before my kids woke up. Don't judge me, I love Tom and Jerry. I watched that show as a kid and I loved it. Another old favorite of mine is Looney Tunes. The old Bugs Bunny stuff. Man, I really digged that shit when I was young.

In fact, I owe part of my education to those old cartoons. "The Marriage of Figero"? Classic opera performed by Bugs Bunny and Elmer Fudd. As was "The Barber of Seville", "Ride of the Valkyries" Beethoven's "Fifth". All learned courtesy of Looney Tunes' Bugs Bunny. It even encouraged me to look up who "Leopold" was which made me learn about Mozart.
Yeah, most of the cartoons I grew up with were pretty darn awesome. I'm still a sucker for Animaniacs and Pinky and the Brain. Looking back, I should be worried that I always felt I could relate more to Pinky than the Brain. Snarf!

Then something terrible happened. I saw an ad for the newest Alvin and the Chipmunks cartoon. It's all CGI and they look damn near human. Depression was starting to set in. What were they doing?! They're CHIPMUNKS! Not high school kids.
It only got worse from there. Did you know there's actually a cartoon called "Uncle Grandpa"? It's horrendous. Sadly, my kids like it. That alone terrifies me.
We've seriously taken a nose-dive from "entertaining and educational" to "pointless and disturbing". Is the goal here to dumb down our kids? There were several cartoons on that made me want to beg for a lobotomy. Which is what I'm sure these cartoonists have already had. Who the hell came up with THIS incestuous title?!

Granted, there were a few misleading things in my old cartoons. I'll admit I was a little disappointed to find that not only are roadrunners not 6 feet tall, they're significantly slower than coyotes. Even worse...they don't go "meep meep". That was reality shattering news. Like the day I found out they were discontinuing Sharkleberry Fin Kool-Aid.
Animaniacs was actually quite educational at times. It was almost geared as much towards grown ups as it was towards kids. Fun for all ages and not mind numbing. Whacko was my favorite of the three Warner kids.

We make huge advances in CGI technology that allows us to make animated movies like Big Hero 6, which I loved, but waste the effort on cartoons that are just stupid.
We have Dish at home. I likes Dish. And it even has 2 channels dedicated to cartoons. There's Cartoon Network and Boomerang. 24 hours of cartoons. Yay! Except most of them are complete tripe.
Do you have any idea how excited I was to find out I get Food Network, the Cooking Channel, History Channel, Discovery, National Geographic and TWO cartoon channels?! Aaaawesome! I thought "I can watch Bugs Bunny when I'm not adulting". Then I saw stuff like Yu Gi Oh and wanted to cry. I can't be a nerd anymore. Or a kid. It's a sad day when I've gotta watch a paper cutout of a tiger with a rainbow shooting out of its butt as part of a cartoon show.

I miss my cartoons. I miss waiting all week so I could get up early on my designated "Kids Day". Now kids get crappy cartoons pumped into the house whenever they want. Where's the incentive? "Daddy, why don't kids get a special day?" Here's your participation award, Sparky, now every day is your special day.
It loses its novelty when there's too much. Cartoons used to be fun and special. Now they're as commonplace as handicapped parking at the Special Olympics. Only not as fun to watch as they once were. The cartoons, not the Special Olympics. 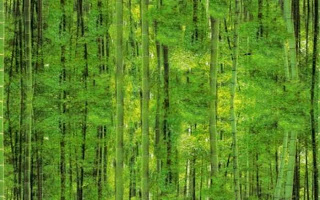 Posted by Christian Touchet at 8:57 PM