We the citizens of the United States once were proud to be a part of the greatest nation in the world. Our allies respected us and our enemies feared us. That has all changed when we allowed the liberals to insist that we all need a safe space. We have become a nation of weaklings.
I remember watching President Trump’s inaugural speech. I had tears in my eyes. The tears were not in sadness, but rather tears of relief and hope. After 8 years I finally found pride in our country. I felt that if I was feeling this pride that others would be feeling this pride also. As hard as it was for me to believe I was mistaken.
Many people marched in protest of the winning of the election by Trump. It was like someone took their blankie away and they were merely having a temper tantrum. What seriously appalled me was the women marching for women’s rights wearing vaginas. Seriously? Who would possibly take that seriously? You set our gender back generations.
Americans it is time to grow up and get out of your safe place. This is the reality of our world today: we don’t need a safe space. We need people to regain their backbone, and be what we were before. We need to become a nation we once were: strong and respectable. If you don’t like who your president is you have two options.  1. Put your adult panties back on or 2. Find another country and move there. Crying still about the results of the election is pointless and makes you look pathetic. Together we can make America great again. 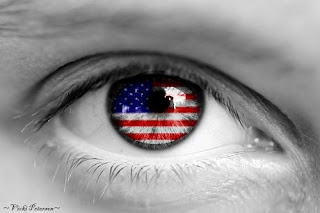